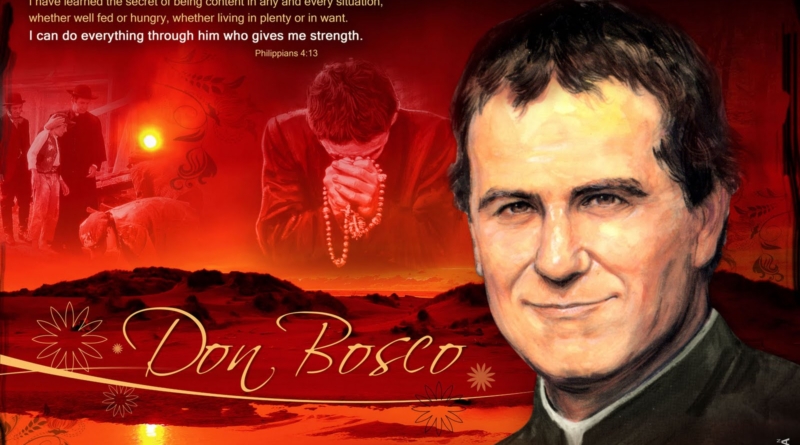 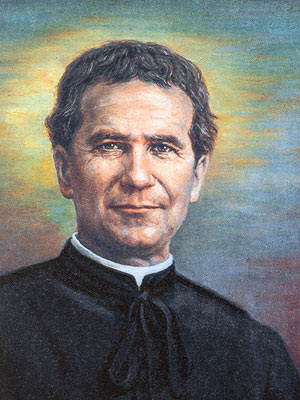 Young John Bosco was born on 16 August 1815 in the small village townland of Castelnuovo d’Asti, in Piedmont, popularly called “i Becchi”.

While still a child, his father’s death made him feel the sorrow of so many orphans for whom he would become a loving father. He found, however, in his mother Margherita an example of Christian life which made a deep impression on his soul.

When he was nine years old, he had a dream (video) that was prophetic. He seemed to be in the middle of a crowd of children at play, some of whom were however cursing. Suddenly, the young John threw himself at these, cursing, hitting and kicking them to make them be quiet. But a man appeared before him who said: “Don’t hit them, but with kindness and love you must win over these your friends. …I shall give you a Teacher under whose guidance you will be able to become wise, and without whom, all wisdom becomes nonsense”. That person was Jesus and the Teacher, the Virgin Mary, under whose guidance, he placed his whole life and whom he honoured with the title “Mary, Help of Christians”.

This led John to want to learn to be an acrobat, a magician, a singer and a juggler so as to be able to attract companions to him and to keep them far from sin. “If they are with me,” he used say to his mother “they don’t curse”.

Wishing to become a priest and to dedicate himself entirely to the salvation of young people, he would work by day, and spend the nights at his books. Finally at the age of twenty, he was able to enter the Seminary in Chieri and to be ordained a priest in Turin in 1841, at the age of twenty-six.

In those times, Turin was chock-a-block with poor young people. These were either orphaned or abandoned, looking for work, and were exposed to many dangers of both body and soul. Don Bosco started to gather them together on Sundays, sometimes in a Church, out on a grassy meadow, or yet again in a town square to get them to play and to instruct them in the Catechism. After five years of enormous difficulties, he managed to establish and open in the outlying suburb of Valdocco his first Oratory.

In it, the boys found food and a bed. They would study or learn a trade, but above all they learned to love the Lord. Saint Dominic Savio was one of them.

Don Bosco was loved no end by his “rascals” (as he used call them). Whenever anyone asked him the secret of such success, he would reply, “With kindness and love I try to win over these friends of mine for the Lord”. On them, he spent what little money he had, his time, his most extraordinary talent and his health. With them, he became a saint. Furthermore, for them he founded the Salesian Congregation, composed of priests and lay people who wished to continue his work, to which he gave as its “principal objective to support and defend the authority of the Pope”.

Wishing to extend his apostolate also to young girls, he founded with Saint Maria Domenica Mazzarello, the FMA, the Congregation of the Daughters of Mary Help of Christians.

The Salesians and the Daughters of Mary Help of Christians have spread throughout the entire world in the service of young people, of the poor and suffering, with schools of every type and level, technical and professional institutes, hospitals, dispensaries, oratories and parishes.

Don Bosco spent all his free time, some of which he snatched from sleep, writing and popularising simple booklets of Christian teaching for ordinary people.

As well as being a man of the greatest practical charity, he was among the greatest mystics. His entire work took its origins from an intimate union with God. From his youth he had jealously cultivated this and he grew in a faithful and filial abandonment to the plan which God had laid down for him, guided each step of the way by the Mother of God, who was his Inspiration and Guide during his entire working life.

But his perfect union with God was, perhaps as in few Saints, united to the richest of humanities as to kindness, intelligence and balance. To this was added the exceptional ability of discernment of the human soul, matured by long daily hours spent in the confessional, in adoration before the Blessed Sacrament and in continual contact with young people and with persons of every age and condition.

Don Bosco formed generations of saints because he reminded his young boys of the love of God, the reality of death, the judgement of God, of an eternal Hell, the need of prayer, of fleeing from sin and those occasions which lead to sin, and of frequenting often the Sacraments.

“My dear boys, I love you with all my heart and it is enough that you are young that I can love you so much”. He loved in a manner that made each person feel special.

“You will find writers more talented by far and more learned than I, but with difficulty, will you ever find anyone who loves you in Jesus Christ more than I and who wants your true happiness”.

Exhausted finally by unceasing work, he fell seriously ill. It was especially moving that many young men offered their own life to God in exchange for his. “…What I have done, I have done for the Lord …More could have been done …But my children will do that…Our Congregation is guided by God and protected by Mary Help of Christians”.

One of his last recommendations was, “Tell the boys I am waiting for them in heaven…”.